I enjoy ham radio!   I started as a kid about 12 years old.   My first license was WN8HZX, and I took the test under Ray Irelan K8TAA in 1961 when I was minister of the Christian Church in New Paris, Oh.  When I moved to California I became WD6CSL. I've held a Amateur Radio Extra Class License - W6ALM - since 1972.  From about 2000 till it disbanded, I was the Secretary/Treasure of The Santa Maria Amateur Radio Telegraphy and Telephony Association. SMARTA.

I am a certified Volunteer Examiner under the ARRL, W5YI, and Laurel.   The FCC created the VEC system to provide initial licensing examination for prospective new hams and upgrade examination opportunities for those already licensed. FCC authorized VEC organizations oversee the work of their certified Volunteer Examiners (VEs) and serve as a liaison between the exam applicants and the FCC.

I must have been about 13 when I built a receiver and discovered HCJB.  I appreciated the wonderful Christian stories and music.   So, one of my all time favorite stations has been HCJB “la voz de los andes” [HCJB “The Voice of the Andes.”]

My hobby of Amateur Radio owes HCJB’s founder, Clarence Jones, a huge round of applause, because of innovative development of antennas that could handle high power and high altitudes.   See also: Wikipedia.

Another very old Christian Radio program is “Unshackled,” a professional award winning broadcast by Pacific Garden Mission in Chicago.  PGM is a Rescue Mission to the outcasts of society.  The Mission bought a beer hall named Pacific Beer Garden and changed the name to Pacific Garden Mission.  The daily broadcasts are real life stories of people whose lives changed after they became a Christian…true stories that make you face yourself and think!

How to Become a Ham

Ham license in ONE day

FCC RF Exposure.  On 5/3/2021, the NEW regulations regarding RF exposure became effective.  Hams must comply with the rules by 5.3.2023.  The ARRL provides a simplified calculator to do most of the evaluations.  CALCULATOR

QRZCQ - The database for radio hams -

Voice of Victory - The Hallicrafters BC-610 Story - How a ham radio saved the U.S. Military during WWII.

Sexism and Space Exploration - Yes, I know it’s not ham radio, but you need to read this and the next two articles!

The Women Behind the Jet Propulsion Laboratory -   Another article by Natalia Hunt on the Women Computers of JPL. VERY WORTHWHILE READING!!!

Rise of the Rocket Girls: The Women Who Propelled Us, from Missiles to the Moon to Mars.

Watch the space shuttle fly over your location.

https://www.hamuninverse.com/ N4UJW has created an encyclopedic website of helpful information.

EchoLink® software allows licensed Amateur Radio stations to communicate with one another over the Internet, using streaming-audio technology.

Winlink Global Radio Email is a network of amateur radio and authorized government-licensed stations that provides worldwide radio email using radio pathways where the internet is not present.

Wireless for the Warrior

INDIAN INSTITUTE OF HAMS (IIH) was established as a registered trust in 1993 for promoting Amateur (HAM) Radio in India, has reached yet another milestone of completing 25 years of continuous service. IIH is founded by Dr. Sathyapal, VU2FI and Sri. R.J.Marcus VU2VTM.

HamSphere “Everything you wanted to know about Amateur Radio”  HamSphere® is a virtual Ham Radio Transceiver. Once installed, you will be able to communicate with thousands of Amateur Radio operators and Radio Enthusiasts in over 320 DXCC countries around the world. You can even use HamSphere without a Ham Radio license by using a special HamSphere call sign. HamSphere is a highly realistic shortwave simulation based on SDR (Software Defined Radio) technology.

Reflect on this: your airplane has crashed at sea. You are perched in a lifeboat and you need to call for help. Today you might reach for a satellite phone, but in World War II you would more likely turn a crank on a special survival radio. The survival radio used by the United States was the SCR-578 and its transmitter, the BC-778

{Caution: After the interesting article on 5YC, the content may be offensive}

https://www.qsl.net/ve6yp/.  Tony Field has some excellent downloadable files for the active ham.

Tesla Universe is a ham’s delight.  Check it out!

10 Things You Didn’t Know About Tesla.

And, even though Tesla didn't study the frequency of the earth and the human brain, I want to share this rather fascinating article: Human Frequency and Schumann Resonance (7.83 Hz).

baluns-what are they and do you need one

A guide to building your own portable station' by Alex VK2HAS

are they and do you ned one?

In the US, the electrical grid is based on a highly stable 60-hertz (60 Hz) signal, meaning it cycles 60 times per second. In the US, household electrical power is based on a single-phase, 120-volt ac power supply.  Compare these frequencies: 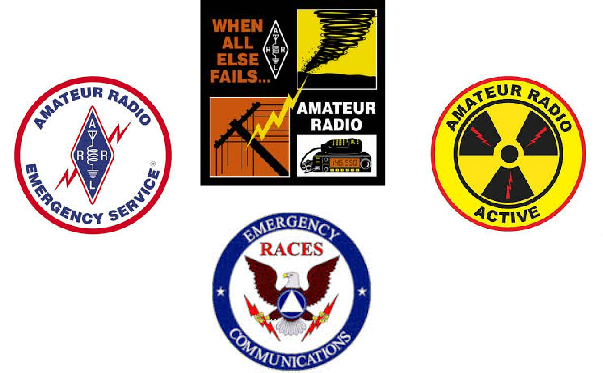